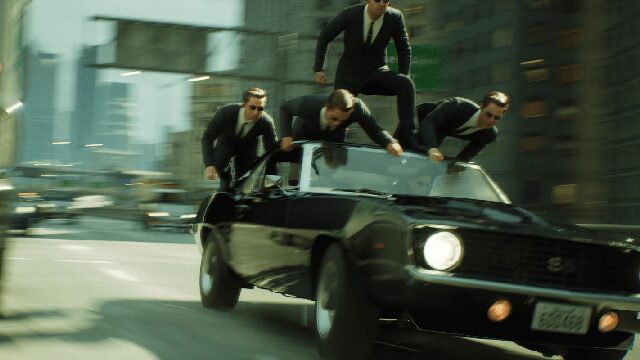 The Matrix Awakens: An Unreal Engine 5 Experience was the first Unreal Engine 5 demo to arrive on PS5 and Xbox Series X|S, but it will soon be delisted. After spending nearly seven months on the PlayStation Store, the demo will be removed from the Store on July 9, although you will be able to keep it if you’ve downloaded it already.

The Matrix Awakens: An Unreal Engine 5 Experience demo will be delisted

The Matrix Awakens: An Unreal Engine 5 Experience always had a limited lifespan. When Epic Games released the tech demo back in December 2021, they said it would only be available for a short period of time right from the start. This stance hasn’t changed and the tech demo will be delisted from the PlayStation Store on July 9. Players who have already claimed the demo from the store will be able to keep it in their library. The demo can then be redownloaded at any time, even after it is removed from the Store.

The tech demo features an original concept set in the Matrix universe, one written and cinematically directed by Lana Wachowski. Both Keanu Reeves and Carrie-Anne Moss reprised their roles as Neo and Trinity, as well as appearing as themselves. The interactive experience takes players on car chases and throws them into third-person shooter action in an open city that features 16 km² of photo-realistic buildings, inhabitants, and traffic. This includes around 7,000 buildings, 45,073 parked cars (of which 38,146 are drivable), over 260 km of roads, 512 km of sidewalk, 1,248 intersections, 27,848 lamp posts, and 12,422 manholes. Those who haven’t tried out the demo yet are recommended to do so before it’s too late.

In other news, Biomutant will be getting a free PS5 upgrade to add 4K and 60FPS options in September. Elsewhere, the UK Competition and Markets Authority is investigating the potential impacts of Microsoft’s intentions to acquire Activision.