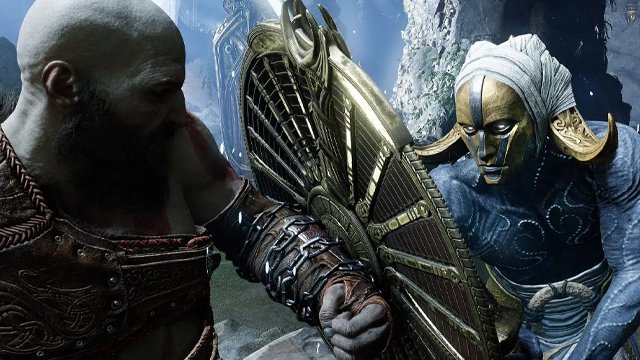 New God of War Ragnarok gameplay has been revealed, providing fans will a more in-depth look at Kratos’ new combat abilities. Though players of the reboot may already be familiar with the Leviathan Axe and Blades of Chaos, these can now be further enhanced to dish out more damage.

The video appears to be a 100-second snippet of the longer four-minute clip that Game Informer’s Andrew Reiner promised for this month. In the short video embedded above, the person playing as Kratos combines both new and old moves to overwhelm the enemies with strikes, while Atreus assists with stuns and summons.

Weapon Signature Moves are totally new to this sequel and grant both of Kratos’ weapons either the power of ice or fire to deal elemental damage. Hitting enemies with ice moves will freeze them, while fire moves will burn them.

Though it’s only for a short moment, we do see Kratos equip a shield. These have also been enhanced for the new game, with players being able to choose between a big, bulky shield that can tank damage or a less protective shield that is more useful for parrying blows.

In other PlayStation news, Hogwarts Legacy will grant players special items for liking their Harry Potter Fan Club account. The Last of Us Part 1 Firefly Edition has been nabbed by scalpers… again. A Silent Hill reveal may be arriving later this month.