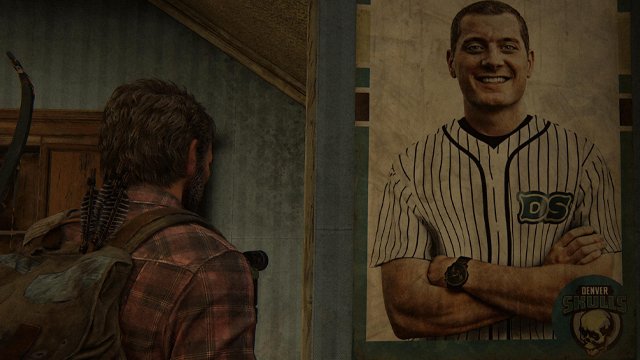 It’s no secret that AAA games like The Last of Us Part 1 take a vast human effort to make. As games get bigger, so does list the of names that scroll by during the credits. For TLOU Part 1, one of those names says “Daniel Kinnard.” He worked as a producer on the game in the Visual Arts department at Naughty Dog. Sadly, he passed away during development. Naughty Dog has included his name and likeness in a The Last of Us Part 1 Easter egg.

The Last of Us Part 1 Daniel Kinnard tribute

This is hard for me to post. But something very special. Daniel was a producer at Visual Arts. He passed away during development of the game. Naughty Dog immortalized him here. He was a wonderful person. Please share so people can know his name. #PS5Share, #TheLastofUsPartI pic.twitter.com/GxoarYNRGe

During the farmhouse sequence where Joel and Tommy are looking for Ellie, players can search through rooms. One of the rooms has a baseball poster on the wall depicting Daniel Kinnard. He has his arms folded but is beaming brightly. A baseball mitt and multiple baseballs lie next to the poster.

The Easter egg was pointed out by Robert Morrison on Twitter. Though currently at Bend Studio, Morrison worked on The Last of Us Part 1 and describes Daniel as “a friend to many.”

Fans are beginning to reply to the tweet offering their condolences. At the time of writing, the post has been retweeted over a thousand times. With each passing minute, more and more people are learning of Daniel Kinnard’s name.

PlayStation LifeStyle’s review of The Last of Us Part 1 described it as remaining a “masterpiece” even after almost a decade. Environments have been overhauled, characters look incredible, and the story and acting hold up nicely alongside superb gameplay.