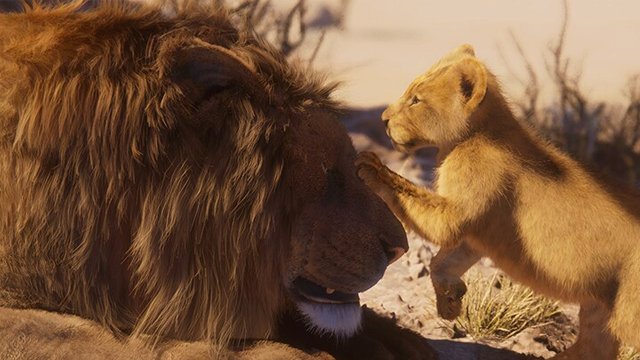 While the PS5 is already capable of outputting some pretty incredible graphics, it’s expected that those visuals will improve as developers grow into the hardware and the engines they use evolve to better make use of the power on offer. One such engine is Unity, which has seen one of its biggest evolutions yet by joining forces with tools from Wētā Digital, Ziva, SpeedTree, and SyncSketch. What does this all mean for the everyday PlayStation gamer? Well, better graphics for future games that use the Unity engine!

In a new tech demo called “Lion: Unity Art Tools,” we see a realistic lion interacting with a realistic cub. What makes this so impressive is that it’s running real-time at 4K 30 FPS on PS5.

In the past, creators would have to wait for a scene like this to render out, which would take much more time than the scene itself takes to play. Now, with the aid of Unity Art Tools, these images can be processed in real-time and outputted at a smooth 4K 30 FPS on PS5 hardware.

The Unity blog post found here dives fully into the details. However, for those looking for a quick breakdown, the tech demo shows off features like: deformation on the animals, high-fidelity foliage, realistic fur, advanced global illumination, hair simulation, and advanced lighting.

While the showcase is very impressive, I know a lot of readers of this post will be eager to learn when we’ll see this tech implemented into modern video games. While there’s no word on that just yet, here’s hoping it’s sooner rather than later!

In other PlayStation news, Microsoft says Sony will benefit from launching first-party games on PS Plus. Sony might finally be gearing up to release special edition PS5 bundles. The Spotify app seems to be getting a native PS5 version.