Why will there be cosmetics and in-game currency? 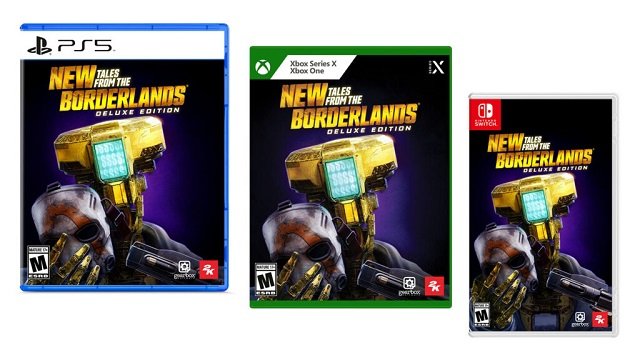 The Adventure Capital Pack will be the pre-order bonus for those that order the game through Amazon. While the New Tales From the Borderlands listings have since been removed, Gematsu managed to grab some of the pack details that describe its contents as including cosmetics for three characters — Anu, Octavio, and Fran — as well as 10,000 in-game currency and an in-game FL4K Vaultlander collectible. Anu, Octavio, and Fran are the game’s three leading characters and interchangeable appearances aren’t that unusual in story-based games, but many are wondering why they need in-game currency. Unfortunately, the game overview and key features didn’t give anything away:

Take a stand against ruthless corporate overlords in this narrative-driven adventure!

Within the perpetually war-torn metropolis of Promethea, you’ll control Anu, Octavio, and Fran on the worst day of their lives. Help these three lovable losers as they endeavor to change the world (and maybe even save it)!

Face down a planetary invasion, vicious vault monster, and cold-hearted capitalist in this cinematic thrill ride where what happens next is up to you! Meet a motley cast full of misfits, assassin bots, and talking guns in this race to the top!

It’s time to fight back against exploitation and corporate greed. It’s time to make Mayhem your business.

There will be a standard edition of New Tales From The Borderlands as well as a Deluxe Edition, although the contents of the latter were not revealed. The game will be released on PS5 and PS4 on October 21 if the leak is to be believed, but we will know for certain when more information is released later this summer.

In other news, Zero Time Dilemma has been delisted from the PlayStation Store without any warning. Elsewhere, Tekken 7’s latest update will have new wall crush mechanics.