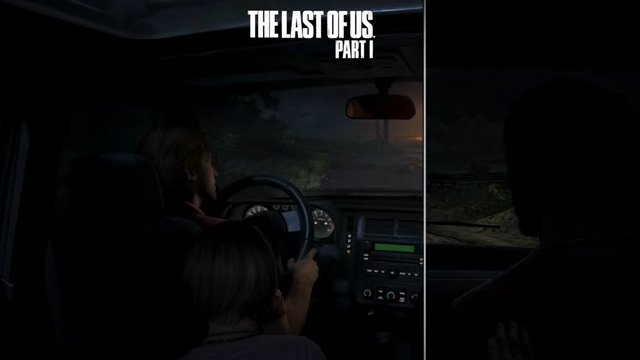 With less than a month to go before the launch of The Last of Us Part 1 for PS5, developer Naughty Dog is attempting to keep the hype alive by releasing a couple of new gameplay comparison videos. These videos are 14-15 seconds each, providing a very brief look at how the PS5 version of The Last of Part 1 compares to The Last of Us Remastered on PS4.

The Last of Us Part 1 PS5 vs Remastered PS4 gameplay

In the latest comparison video, Naughty Dog has chosen to showcase the burning barn, which is seen early into the game’s prologue sequence. While the PS4 version does a good job in making the bright flames of the barn stand out in the darkness surrounding it, the PS5 version renders the barn in much greater detail, with parts of it collapsing.

A comparison posted earlier shows off the Joel and Tommy horseback sequence. The improvement in the foliage is the clearest upgrade in my eyes, in addition to the lighting. Check it out for yourself below.

Admittedly, these comparison videos are very short and I know many fans — myself included — would appreciate minutes of gameplay instead of seconds. On the bright side, there isn’t long to wait for the full release as it’s scheduled to launch on September 2.

For those eager to see more from the game, The Last of Us Part 1 gameplay continues to leak without the blessing of Naughty Dog. Check it out here, though be wary of spoilers as it features a key part of the game where a main character dies.

In other PlayStation news, Activision has apoligized for the stolen Call of Duty dog skin. Forspoken’s latest trailer has become the subject of memes. Some devs are reportedly moving their games away from the God of War Ragnarok launch window.