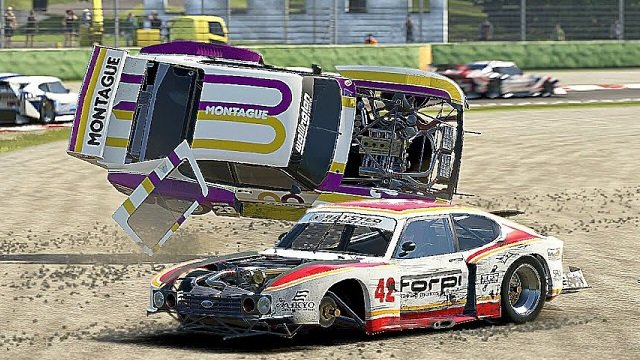 Pouring through the most-liked comments to the tweet posted above, many still aren’t over what happened with Project Cars 3. This isn’t a surprise as the game has an average Metacritic score of 70 for PS4, while only 53% of user reviews for the Steam version are positive. Some scoff at the developer saying that it is focused on making the best sim racing titles. One Twitter user calls the third game in the franchise as an “absolute nightmare and backwards step no one asked for.” Another asks the developer to “delist PC3 instead.”

Other users accuse Codemasters for purposefully ruining the franchise after purchasing Slightly Mad Studios in November 2019 for $30 million, and by extension Electronic Arts which fully acquired Codemasters in February 2023 after a $1.2 billion deal. One user writes: “First, they buy the franchise to kill it. Now, they remove from sales. The new generation of gamers will not have the opportunity to play these amazing games unless they pirate.”

We may not see Project Cars or its sequel on any legitimate storefront until EA decides to renew the licenses. It’s tough to imagine that any developer who wants to make “the best sim racing titles” could forego getting the licenses in the future, so perhaps the publisher may be able to renegotiate them for the first two games if or when Project Cars 4 happens. Even so, fans still hope that Project Cars 4 is a return to form, capturing what made the first two sim racers great.

In other news, a Gravity Rush movie is in progress from PlayStation Studio and Scott Free Productions, and The Last of Us TV show trailer clip features Joel’s toughest line.