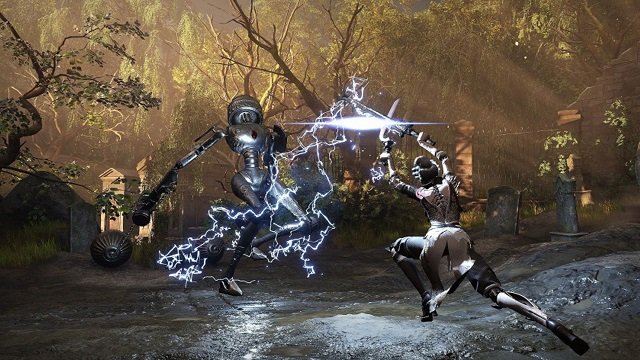 While Sony may have officially announced the new PS Plus Extra and PS Plus Premium games to be added this month ahead of time, the one thing they neglected to mention was that they’d also be adding a timed trial for Steelrising on PS5. Not only do new players get to try the game out before they buy, but those who already own the game can also benefit from the New Game + update coming in just a few days’ time.

Steelrising got a two-hour timed trial on September 20 when the new PS Plus games were added to the service. The game takes place during an alternate take on the French Revolution where players assume the role of Aegis, an automaton made by an engineer who works for the Clockwork King. Her role is to lead the opposition against King Louis XVI and make sure his mechanical army is defeated. The trial allows players full access to the game to make as much progress as they choose during the two hours of gameplay.

Released just two weeks ago, publisher Nacon is aware that some players have already made it to the end credits of Spiders Games’ action RPG. Those players will benefit from the upcoming New Game Plus update that’s due to be released on September 29. As usual, all of a player’s quest progress will be reset but they get to keep their character progress level, weapons, equipment, and upgrades. The free update will include:

In other news, Hideo Kojima has announced another collaboration, but this time it’s for a watch. Elsewhere, Shuhei Yoshida hopes indie studios can use PS Plus Extra to breathe new life into their games.