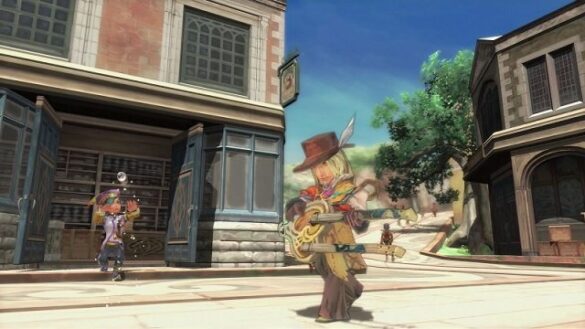 Minstrel Song Remastered will come with improvements and new additions including remastered graphics, quality-of-life features to improve gameplay, and new gameplay features that Square Enix has yet to detail. “Players will follow the exploits of one of eight protagonists, each with their own storyline and goal, and create their own unique adventure where their actions will affect the world around them courtesy of the ‘Free-form Scenario’ system,” reads a press release. “Fans of the SaGa series can also expect the ‘Glimmer’ and ‘Combo’ systems from previous games, iconic beautifully illustrated designs, and a whimsical soundtrack by Composer Kenji Ito which can be heard in today’s teaser trailer with the charming theme song ‘Menuett’ from the game’s soundtrack.

Although it received mixed critical reviews, the PS2 version of Minstrel Song sold enough units to earn Sony’s Ultimate Hits label at the time. This is Square Enix’s latest announcement from its ongoing SaGa project.

Romancing SaGa: Minstrel Song Remastered’s launch is yet to be dated but Square Enix plans to release it worldwide this winter. This will be the game’s first European release as the 2005 game only released in North America and Japan. Other than the PS5 and PS4, Minstrel Song Remastered will be available on PC, Nintendo Switch, and mobile devices. An Xbox release seems to have been skipped.

In other news, Gotham Knights developers have explained why the game’s PS4 and Xbox One versions were cancelled, and Life Is Strange developer Dontnod Entertainment is set to reveal what it’s working on sometime later today so stay tuned.