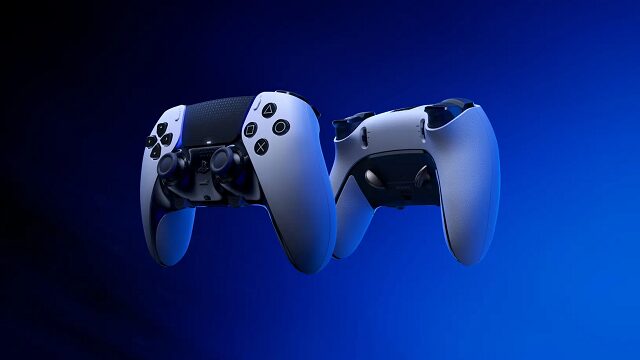 In a surprise announcement at Gamescom Opening Night Live, Sony revealed the DualSense Edge wireless controller, likely to be the rumored Pro controller. With plenty of customizable parts, the white and black controller will be PlayStation’s equivalent of the Xbox Elite Controller that’s built with high performance and personalization in mind.

What we know about the DualSense Edge

The DualSense Edge will allow players to remap or deactivate button inputs, and adjust stick sensitivity and dead zones. Triggers can be adjusted for travel distance and dead zones too. Once those settings have been adjusted, the controller can save them as a unique profile. While the number of profiles available on the controller wasn’t specified, it does allow players to swap between them seamlessly by using the dedicated Fn button. This button also allows the player to adjust game volume and chat balance, as well as access the controller profile settings menu.

For swapping out hardware, there will be three types of stick caps — standard, high dome, and low dome. The back buttons can also be swapped for half-dome and lever types, while these can be configured to take over the input of any of the buttons on the front of the controller. Sony also seems to have taken stick drift issues into account by enabling players to replace their individual stick modules, which will be available separately too.

As can be expected from a standard DualSense controller, the DualSense Edge will have haptic feedback, adaptive triggers, built-in microphone, motion controls, and more. Each controller will ship with all types of stick caps and back buttons as well as a USB Type-C braided cable with lock-in connector housing. There’s also a carry case to keep everything together. The controller didn’t get a release date or price during the announcement but more news is promised in the months ahead.

In other news, the Fortnite x Destiny event will include Guardian skins and a Javelin-4 Creative map. Elsewhere, Final Fantasy 14 Update 6.2 is available now with new trophies.