Home Gaming PS5 Generated Highest Dollar Sales in the U.S. in First Half of 2022 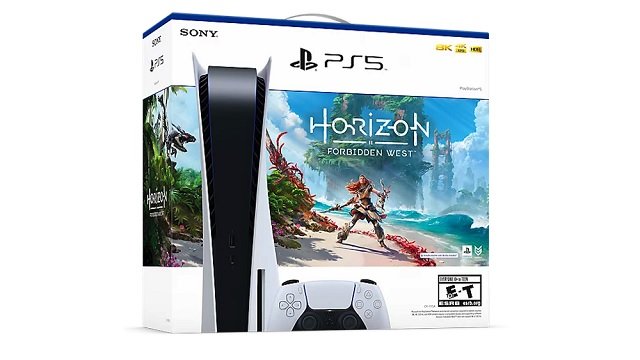 NPD Group’s Mat Piscatella has revealed that PS5 sales generated the highest dollar revenue at U.S. retail not only in June 2022 but also in the first half of the year. Meanwhile, Nintendo Switch led both periods in terms of unit sales. This is quite a feat for Sony considering the PS5 has suffered more from shortages than any other console, leaving it behind both Switch and Xbox Series X/S on numerous occasions in not only the U.S. but also in Japan and Europe.

PS5 sales in the U.S. are complemented by Horizon Forbidden West

US NPD HW – PlayStation 5 generated the highest dollar sales amongst video game hardware platforms in both June and the first half of calendar 2022, while Switch led both time periods in unit sales.

Horizon Forbidden West‘s sales might have been dwarfed by FromSoftware’s highly-anticipated multiplatform game, Elden Ring, but the game still sold well enough to rank in 2022’s top five best-selling games in the U.S. thus far, beating the likes of multiplatform juggernauts like Call of Duty. The no. 1 spot was claimed by Elden Ring, which is now one of the U.S. market’s top ten best-selling premium games of all time in terms of dollar sales.

In other news, Ubisoft reportedly has plans for an Assassin’s Creed Japan setting, and God of War Ragnarok’s Collector’s/Jotnar editions are selling out fast so you’re going to need to be quick!