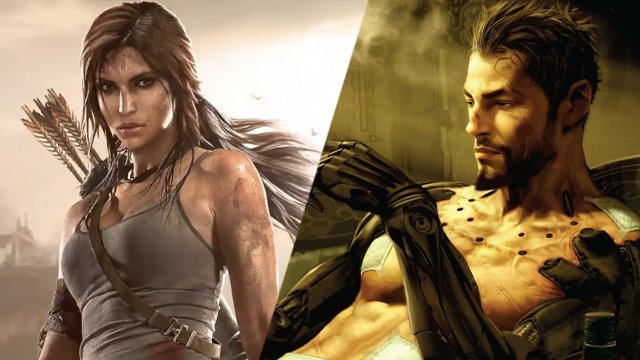 The surprising announcement was made in the early hours of this morning, with it having already been announced that a new Deus Ex game is on its way from Eidos Montreal. But are these studios moving away from Square Enix a good thing or a bad thing? As usual, leave your thoughts and opinions in the comments section below, and we’ll feature our favorite responses in the next Readers’ Opinion.

Paul writes… These franchises being prised out of Square Enix’s lackadaisical hands is a good thing for their fans, given how little the publisher was doing with them. However, it does paint a pretty damning portrait of Square’s future.

Square said that it was selling the studios to free up money that could be invested in “fields including blockchain, AI, and the cloud.” Yawn. We’re quickly progressing towards a future where the things that companies believe will make them the most money, are simultaneously the most boring things imaginable. Is there anyone out there thinking that they’d rather have more blockchain garbage from Square Enix than a new Tomb Raider? If that person exists, then I don’t want to meet them.

Hopefully, Embracer Group will live up to its name and embrace the properties that have stagnated with Square Enix over the years.

In our last Readers’ Opinion, we asked how you felt about microtransactions in full-priced games. The answer was a resounding “we don’t like them.”

No. They can stop with that “development costs are rising” nonsense, in the UK we’re already paying £70 for next-gen games with PS4/X1 games at £60, I’m not paying that much for a game and then going into a MTX environment.

By their very nature MTX have to ruin a game because they only work by making sure the only way to enjoy yourself is to pay for the MTX. Take Assassin’s Creed Valhalla where you CAN spend hours collecting resources to upgrade your armour and weapons or you can pay Ubisoft to just hand you leather and iron ore.

and that’s w/o going into the £30 season pass most of these games have. I already paid for your game, I shouldn’t have to pay for it again.

I feel like microtransactions have no place in a full priced game. Especially if a game has a premium edition, as the developers have already gotten their money from the gamers who obviously love the game enough to spend the extra cash to buy the premium version of their game instead of the standard version.

Remember to leave your comments below.