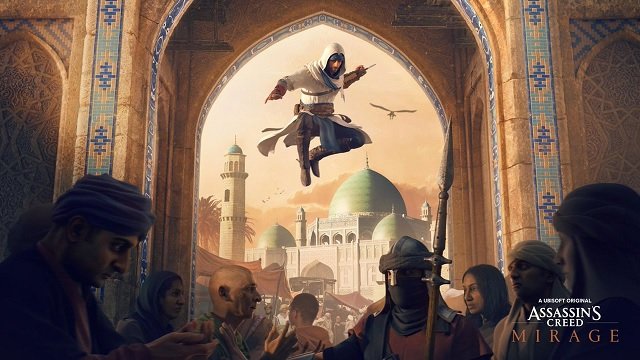 It’s increasing looking like Assassin’s Creed Mirage gameplay will be similar to the older games. According to a new report from the same YouTuber who leaked information about Mirage prior to Ubisoft’s announcement, the game will bring back throwing knives and hiding places on rooftops. Are you humming Venice Rooftops’ tune yet? I am!

What we know about Assassin’s Creed Mirage gameplay

In the video above, YouTuber j0nathan claims to have heard that not only will players be able to use throwing knives and hide on roofs, there will be plenty of parkour and some slow-motion assassinations. While Baghdad will be the only city that players will visit, it’ll be divided into multiple zones with a boss, and the map will feature desert, oasis, and rivers. There will apparently be lots of NPCs around. Ubisoft reportedly plans to add as many NPCs in the streets as it had in Assassin’s Creed Unity. But this time, the developer might be able to avoid an assortment of bugs and glitches from having a large number of NPCs on the screen, thanks to the power of new hardware.

Additional Assassins Creed Mirage information has been shared by j0nathan (YouTube).
-Baghdad is the only city
-Throwing knives and roof hiding spots
-A lot of NPCs in the streets
-A lot of parkour
-Some slow motion assassinations#AssassinsCreedMirage pic.twitter.com/gkUv1QF1lx

It’s unclear what platforms Assassin’s Creed Mirage will release on, but it’s expected to be out next Spring and we’ll find out more information on September 10th.

I don’t know about anyone else, but if these reports are true (and I sincerely hope that they are), there’s a lot to be excited for if you’re a fan of the older games. Assassin’s Creed Mirage might the game that actually returns the series to its roots, and I’m all on board!