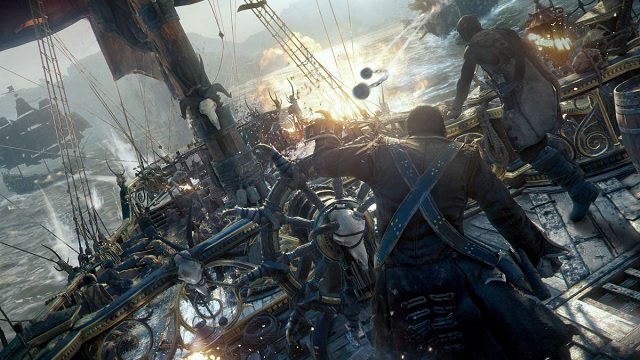 Skull and Bones PS4 and Xbox One versions may have been canned, if a rating board listing is anything to go by. Ubisoft’s naval warfare and piracy adventure, which has been development for what feels like decades now, was recently rated in Brazil and as spotted by folks over at TwistedVoxel, only the PS4 and Xbox One versions are missing from the list of platforms. The game’s previous ratings in South Korea and Australia were either for the PC version or didn’t list platforms, so this is the first indication that last-gen versions might have been cancelled.

We’ve received no indication from Ubisoft that Skull and Bones has been cancelled for the PS4 and Xbox One so take this with a grain of salt. However, this is reminiscent of how fans discovered that Gotham Knights had dropped last-gen versions. The game’s rating board entries made no mention of the PS4 and Xbox One, with WB Games later confirming that they had indeed been cancelled in favor of current-gen consoles.

Despite the development hell that it has been in, Ubisoft insists that Skull and Bones will release in its current fiscal year (ending March 31, 2023) so if all goes according to plan, we’ll finally get to play it before next March.

Unlike previous years, Ubisoft didn’t hold any digital event or presser during what is usually the E3 week so we don’t know when we’ll hear about Skull and Bones next. Whatever the case, we’ll keep our readers posted.

In other news, Square Enix finally announced that Final Fantasy VII Remake Part 2 (called Rebirth) will be releasing exclusively on the PS5 next winter, and at the same time, Capcom finally announced Dragon’s Dogma 2 albeit without any details.