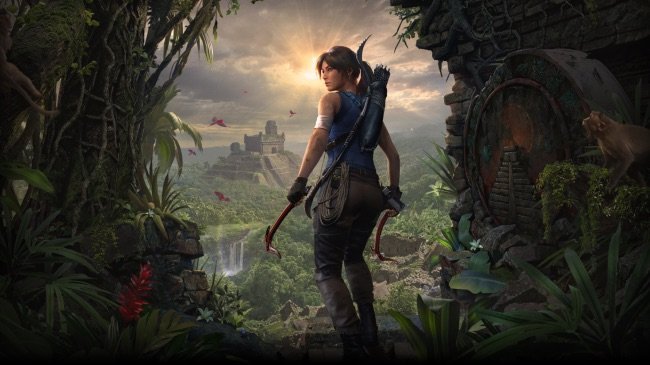 At the end of last month, a voice-acting casting script seemingly leaked details of a new Tomb Raider game currently codenamed Project Jawbreaker, and a DMCA from Square Enix seems to suggest it may be real. Last Stand Media, who leaked the script on a podcast, has received the notice from Square Enix demanding the episode featuring the leaked script be removed.

A DMCA for the Project Jawbreaker script

The Project Jawbreaker script was originally leaked on a Sacred Symbols podcast from Last Stand Media. In a new video, as spotted by VGC, podcast host Colin Moriarty explains how Patreon received a DMCA from publisher Square Enix and developer Crystal Dynamics asking them to tell Last Stand Media to remove the offending podcast episode. Square Enix is still involved in the dispute despite the proposed sale of Crystal Dynamics to Embracer Group because that sale is still to be finalized and they technically still own both Crystal Dynamics and the Tomb Raider IP.

The existence of the DMCA from the two companies seems to suggest the script had information within that was not meant for public consumption and that there may be some element of truth that Project Jawbreaker is potentially the new Tomb Raider game that was announced back in April. The script describes the new game as “an action-adventure game set in a modern-day world rocked by a mysterious cataclysm.” While the team hasn’t completely removed the episode from Patreon, they have now put up a newly edited version that does not feature the Project Jawbreaker script reading. Those who want to listen to the original version can still find it on Apple Podcasts and Youtube.

In other news, EA has confirmed that single-player games are still “really, really important” in their future plans. Elsewhere, Dead Island 2 may be getting a re-reveal at The Game Awards.