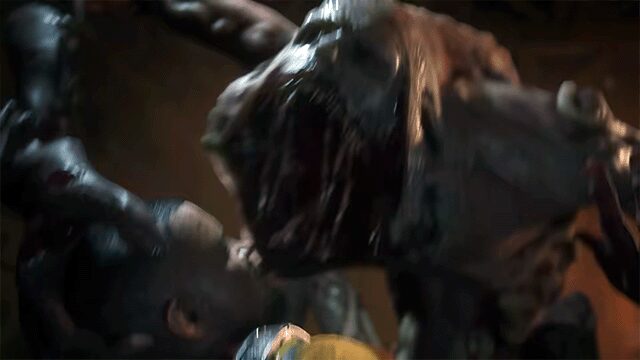 It looks like The Callisto Protocol is shaping up to be a gruesome experience. One of the trophies in the game will be awarded to players for viewing every single way you can die.

We’re working on our achievements and trophies at the moment, and we actually have an achievement in there for seeing all of the deaths. You are gonna die in our game. A lot of people ask how long the game is, and it’s like, how many times are you going to die? Also, the variables are huge in the way they attack you or you attack them, so you might actually die more or less. Even things like backing into a fan, it’s a mistake and it will result in a death, you’ll have to do that section again.

Of course, this is no surprise considering The Callisto Protocol is the spiritual successor to the Dead Space series. James went on to say that astute fans will notice a signature death at the end of each trailer. However, the devs don’t want players to see the death scenes as a punishment. Instead, you learn what to do in the future, and your reward is a lovingly grafted (and visceral) animation.

So, how many times will we have to die to get the trophy? From what James says, it might be a lot:

Each monster has its own way it kills you, and environmental hazards are hazards to you as well as to the enemy. In one of our trailers, he backed into a fan, and when you’re backing away from a monster you’ve got to be really careful because these hazards can kill you as much as the enemy in front of you.

You can start your marathon run off the mortal coil when The Callisto Protocol releases on PS4, PS5, PC, Xbox One, and Xbox Series X|S on December 2, 2023.

In other news, the Cyberpunk 2077 anime got a new NSFW trailer, and MultiVersus might get Big Chungus as a fighter or skin.