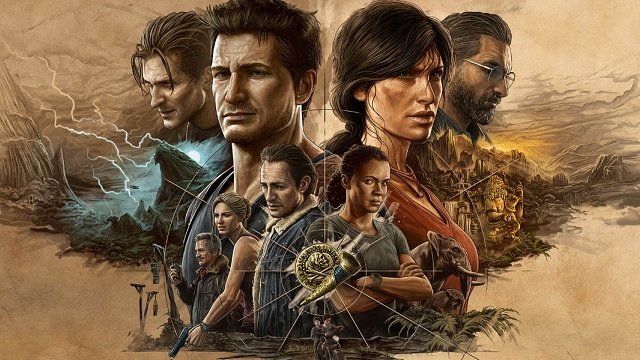 In a surprise, Naughty Dog has provided an Uncharted: Legacy of Thieves Collection update 1.002 that adds VRR support for the PS5 version of the game. By delving into the settings menu for the Collection, which includes Uncharted 4: A Thief’s End and Uncharted: The Lost Legacy remastered for PS5, you’ll find a new option for Unlocked Framerate, as found by Naughty Dog Central. This follows a positive trend of developers making patches to add Variable Refresh Rate options for older games in the PS5 catalog.

How VRR works with Uncharted Legacy of Thieves Collection

BREAKING: In the latest update made to Uncharted Legacy of Thieves Collection, VRR support has been added! pic.twitter.com/uetT7iQL4p

Per usual, turning on VRR support requires that your monitor/television and your PS5 support it in the first place. As described in our guide on how to switch on VRR on the console, Variable Refresh Rate allows your screen of choice to sync with the PS5, leading to more responsiveness, less screen-tearing, and fewer stutters. A locked frame rate has its strengths too of course in terms of consistency, but if your setup allows for it, VRR has few negative side effects.

Fans reacting to the news want Naughty Dog to provide additional VRR support for other games in its catalog like The Last of Us 2 on PS5. They also want the tech-savvy team at Digital Foundry to analyze how much this patch improves the original Collection, which may happen given that the video producer for the show John Linneman replied with a tweet, “Oh wow, that is interesting.”

This year has seen a swathe of developers adding VRR support for PS5 games, despite an analysis saying that PS5 VRR isn’t as good as Xbox VRR. This includes Techland’s Dying Light 2, Naughty Dog’s The Last of Us Part 1, Guerrilla’s Horizon Forbidden West, and Insomniac’s Spider-Man: Miles Morales and Ratchet & Clank: Rift Apart.

In other news, Ubisoft has dismissed reports about the Assassin’s Creed 1 remake, and Skydance’s Captain America and Black Panther game will be similar to past games by Amy Hennig.