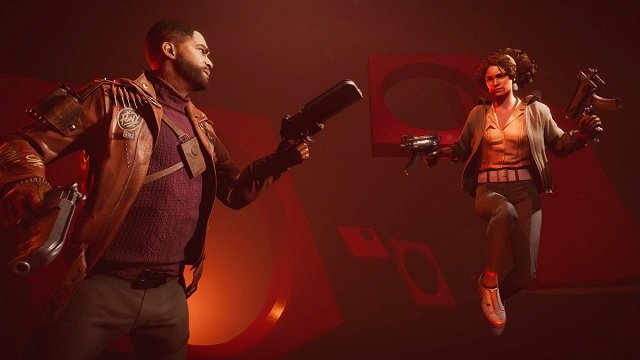 Colt voice actor Jason Kelley appears to be teasing something Deathloop-related on Twitter, but he claims that it’s not Deathloop DLC. Kelley posted a photo of himself while voice recording along with hashtags mentioning the game and his character Colt. Naturally, everyone assumed he’s referring to DLC, but apparently he isn’t.

Deathloop has been a huge success for Arkane Studios, at least when it comes to its critical reception, but the developer hasn’t talked about DLC or content support. Kelley claims that he’s working on a “new title” but can’t say anything else due to a non-disclosure agreement.

Nooope. New title. That’s all I can say…nda.

Curious. Fans have theorized that we’ll get a standalone spin-off like Dishonored: Death of the Outsider, which released after Dishonored 2. Others hope that Kelley is working on an entirely new game.

Neither Bethesda nor Arkane have said how Deathloop has performed commercially. Arkane games tend to be an acquired taste that, despite positive critical reception, seem to have a slow start when it comes to sales. This was the case with Dishonored 2, and while Deathloop happens to be a timed PlayStation 5-exclusive, retail charts indicate that it didn’t quite take off like other PS5 exclusives. At least not physically.

If Kelley is working on a new game, it’s unlikely to release on PlayStation platforms unless it has Microsoft’s blessing to do so. We’ll keep our readers posted.

In other news, it looks like we’ll finally get Final Fantasy 7 Remake Part 2 news next month, and Bloober Team has declined to comment on Silent Hill 2 remake rumors but has promised that it’ll make an announcement in due course.