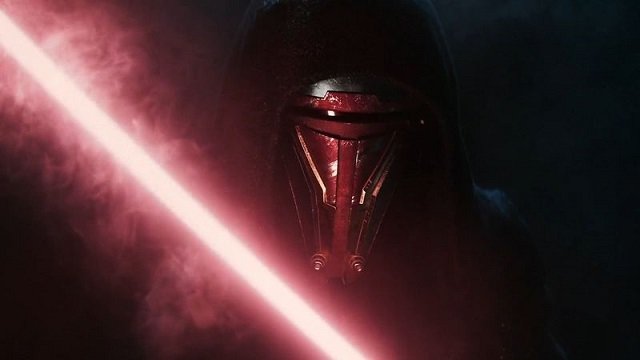 The fate of the Star Wars KOTOR remake has become a heated topic of speculation ever since Embracer Group made a statement in its latest interim Q1 financial report. The company, which announced earlier today that it was acquiring eight studios, stated that it had moved one of its triple-A games to another developer “within the Group.” This has triggered speculation that the game in question has to be the KOTOR remake based on prior reporting by Bloomberg’s Jason Schreier, but a tweet from him has cast considerable doubt on this initial assumption.

Why the KOTOR remake may not be the game referenced

One of the Group’s AAA projects has transitioned to another studio within the Group. This was done to ensure the quality bar is where we need it to be for the title. We are not expecting any material delays for the title based on this transition.

As previously reported, the reason why some speculate that this project is the Star Wars KOTOR remake is because, according to Schreier’s article, some Asypr employees were hoping that Saber Interactive would take over development of the game.

For a quick refresher, Aspyr had fired two of the remake’s directors in late July despite Sony and Lucasfilm being impressed by a recent vertical slice demo of the game. But the remake has now apparently been put on hold indefinitely with Aspyr looking for new contracts and development opportunities. Saber Interactive had already been doing outsourcing work for the game, so as Schreier wrote, “some at Aspyr believe that Saber… may take it over completely.”

If you believe that an entire-ass video game can just seamlessly switch developers without any delays, I’ve got a Wookiee to sell you https://t.co/x8G4h6n55B

This led to a thread on Resetera saying that Embracer had confirmed that the KOTOR remake was the project that was moved. Some journalists like Stephen Totilo from Axios believed that the pieces fit as well based on Scheier’s work.

However, Schreier then said in a tweet posted above that “[i]f you believe that an entire-ass video game can just seamlessly switch developers without any delays, I’ve got a Wookiee to sell you.” In other replies, he says he has no firsthand knowledge that KOTOR is the game being referenced. The Resetera thread has since updated its title to say that Embracer Group has moved some AAA game to another studio without naming the remake.

In other news, Hogwarts Legacy has posted an ASMR video that may have clues or easter eggs about the game, and Nintendo was working on a multiplatform controller several years ago.