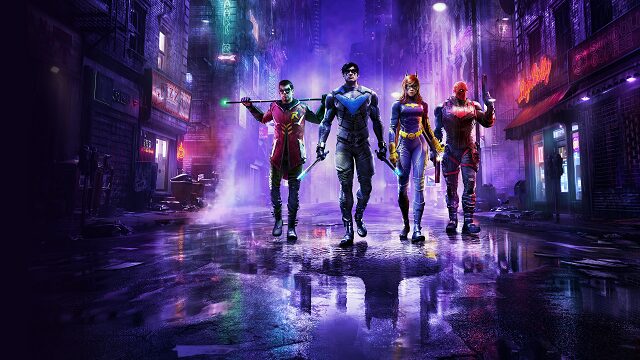 Gotham Knights PS4 and Xbox One versions have officially been canned, WB Games has confirmed. In a press release, the developer said that it wants to provide players with “the best possible gameplay experience” so the game will only launch on the PS5, Xbox Series X/S, and PC. We also got a new gameplay walkthrough today as well as pre-order information.

The writing was on the wall for quite some time. Gotham Knights suffered some delays and a recent rating board leak suggested that the game will skip PS4 and Xbox One. It made sense for WB to opt for a cross-gen release when Gotham Knights was first announced but considering it’s launching two years into the current console cycle, cross-gen development was unlikely to remain feasible. Nevertheless, here’s some new gameplay footage for you to gawk at, and it certainly looks a lot better than what we’ve seen before:

Starting today, Gotham Knights will be available for pre-order across all platforms. The standard version will cost $70 and the Deluxe edition will cost $90. Both versions can be pre-ordered via the PlayStation Store, with the latter including the Visionary Pack downloadable content with exclusive gear, cosmetics, Beyond Suitstyle character skins inspired by the Batman Beyond animated series, and more. If you have $300 to spare, you can grab the Collector’s edition that comes with all the Deluxe edition content alongside augmented reality collectable pin, 16-page media book, exclusive Gotham City map, four-character statue diorama, and more. All pre-orders will come with the 233 Kustom Batcycle Skin at launch, based on the vehicle’s first appearance in DC’s Detective Comics #233.

In other news, Sony’s disabled PSN account creation on the PS3 and PS Vita as of today, and PS5 shipments have topped 19.5 million units worldwide.